Home » Smartwatches » Why Does My Apple Watch Vibrate Randomly?
Smartwatches

Why Does My Apple Watch Vibrate Randomly?

The Apple Watch’s quiet haptic alarms are one of its best features. However, as many users have discovered, their watches seem to vibrate for no apparent reason, even when no evident alerts are awaiting. Why is your Apple Watch vibrating randomly?

When does my Apple Watch vibrate randomly?

Your Apple Watch is probably vibrating at apparently random times as a result of connectivity difficulties with your phone, notification settings changes, or software or accessory issues. It might be a strange psychiatric condition called Phantom Vibration Syndrome.

There is hope for getting rid of this unpredictable vibration.

Consider each of the possible causes of the haptics going nuts, as well as what you can do about them.

Why does my Apple Watch vibrate randomly?

When it comes to the vibrations that the Apple Watch emits, Apple uses the word haptics.

Many people encounter these phantom vibrations for a variety of reasons, the majority of which are readily resolved.

Have you ever walked away from your phone, just to wish you could remember where you put it later? While the Find My app is wonderful for locating it once you recall, Apple Watch owners have complained about a lack of notice when the phone is out of range.

The only option to do so until June 2021 was to use third-party software that only functioned sometimes.

The functionality was offered as an option in Apple’s watchOS 8 release.

You’ll now receive haptic feedback on your watch when you step away from your phone.

If you don’t want to use it, you may simply disable it.

Look for the Find My app on your watch.

Scroll down to locate the Notify When Left Behind option after you’ve opened it.

While you tap it to turn it off, you’ll no longer get haptic feedback when you’re removed from your phone and watch.

It’s common for individuals to want to keep an eye on the clock, but without continually checking their watch.

Apple Watch includes a built-in chime function that enables you to accomplish precisely that, much like the old-fashioned clock chimes.

Turning on the chime feature will provide an auditory alarm while turning it off will result in a haptic reaction.

In many cases, what seems to be a ghost vibration is the chime, which has been accidentally activated.

When this happens, pay careful attention to what is going on.

This is the most probable cause if it happens every hour on the dot.

Look for accessibility in your watch’s Settings app to disable this.

Go to the bottom and choose Chimes, then turn it off.

Apple came up with the idea of noticeable haptics after hearing complaints about phantom vibrations.

Before the actual notice arrives, the watch receives a “pre-alert.”

First, by sending a powerful alarm, the goal was to let you realize that the next sensation you’re having is an alert.

But the problem is that people either don’t know what this function is or they mistakenly enable it.

Apple accidentally aggravated the ghost vibration experience for certain customers instead of resolving it.

Fortunately, it’s a simple process to shut it off. Look for Sounds and Haptics in the Settings app. Turn off Prominent Haptics by scrolling down until you locate it. 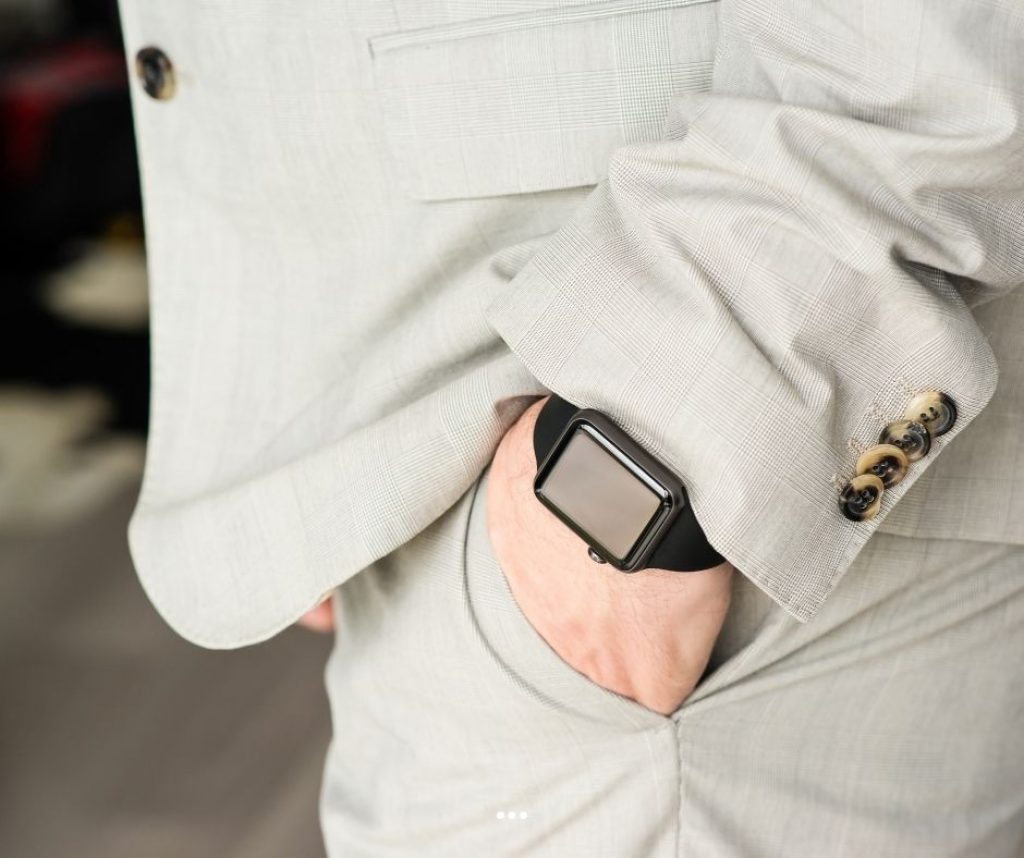 Your watch may vibrate because of a software error.

This may be caused by a bug in the watchOS or any of your watch’s applications.

Finding the correct fix for a bug may need many stages.

Start by turning your watch back on.

To turn off your watch, press and hold the button on the side of your watch for a few seconds until the power menu appears, then choose “Power Off.“

You may reactivate your watch once it has been turned off.

Press and hold the side button of the watch until you see the Apple logo and then release the button.

You’ll have to perform some testing to see whether the problem is with one of the applications.

The simplest solution is to turn off all haptic feedback.

Turn off Haptic Alerts in the Sounds & Haptics section of the Settings app.

As a result, all haptic feedback, including messages, calls, and calendar notifications are disabled.

The second method is to check each app’s notification settings individually, which must be done on your iPhone.

Tap on your watch in the Apple Watch app, then choose Notifications.

To turn off notifications from applications that you don’t want disturbing your day, you’ll have to go through each one manually.

The Apple Watch’s adaptability in design is one of its most appealing features.

The bands may be removed and swapped to match your outfit or activities for the day.

Some of these bands, unfortunately, may provide a similar sensation to haptic feedback.

The leather loop band has received the greatest criticism.

The band ends brush against one other as you bend your wrist, giving the haptic sensation.

This may be verified by using a silicone athletic band in its place.

Phantom vibration syndrome is a psychological phenomenon that has arisen as a result of the proliferation of electronic devices.

When you put your phone on quiet, a phantom ring sounded like a bell on your hip.

Wearable devices with haptic feedback are now included in this.

There has been a considerable number of persons who have experienced this event.

Nearly ninety percent of college students polled in 2012 said they have experienced these phantom sensations at some point.

Hospital staff also had a high rate of exposure.

Conditioning in the brain is to blame for these “phantom vibrations.”

A lack of input might trigger your nervous system to react in anticipation.

Taking short pauses from your wearables is one of the greatest methods to cope with this.

No need for days-long vacations; simply 30 minutes a day may help sever the bond.

As a result, the frequency of phantom vibrations is reduced.

Can You Use A Sprint iPhone On Verizon?

How Do I Force iTunes to Update My Music Library?