Home » Smartwatches » Can I Charge My Apple Watch With My iPhone?
Smartwatches

Can I Charge My Apple Watch With My iPhone?

Your Apple Watch is made to work with other Apple products.

That’s the beauty of Apple: you can effortlessly connect your gadgets and get the most out of them. If you’re in a hurry and need to charge your Apple Watch, you might be tempted to use your iPhone or iPad to do it.

But are you capable of doing so?

For a long time, there have been rumors that you may charge your Apple Watch using your iPhone or its charger.

The iPhone 11 was even said to be able to charge the Apple Watch and AirPods wirelessly.

However, all of those claims have been refuted, and Apple suggests charging your Apple Watch with the charger that came with it.

Without a question, the magnetic charger and cable that came with your Apple Watch are the finest for charging the watch.

Do you have any other options for charging your Apple Watch?

And what exactly is that secret port on the Apple Watch that everyone keeps talking about?

How are you going to charge your device with that?

These issues are frequently posed on Apple discussion groups and Reddit, so you are not alone in your confusion.

Is it possible to charge my Apple Watch using my iPhone?

You can’t use your iPhone, iPad, or their specific chargers to charge your Apple Watch. Using the Apple Watch’s charger is the best option. Outside developers have attempted to use the “secret” six-pin diagnostic port, but Apple has put a stop to such plans.

Why did Apple block developers from using the secret port for fast charging?

Why can’t you charge your Apple Watch wirelessly with your iPhone’s charging cord or the phone itself?

Is there any chance Apple will release a second charging method for these watches?

Continue reading to understand why you can’t charge your Apple Watch using your iPhone or the charging cord that came with it.

I don’t have a charging cord, so how can I charge my Apple Watch?

If the Apple Watch’s specialized charging cable isn’t available, you may use the magnetic charging dock that comes with the watch.

If you like, you may choose between these two charging options.

Both will charge your Apple Watch is roughly the same amount of time and should be extremely efficient. 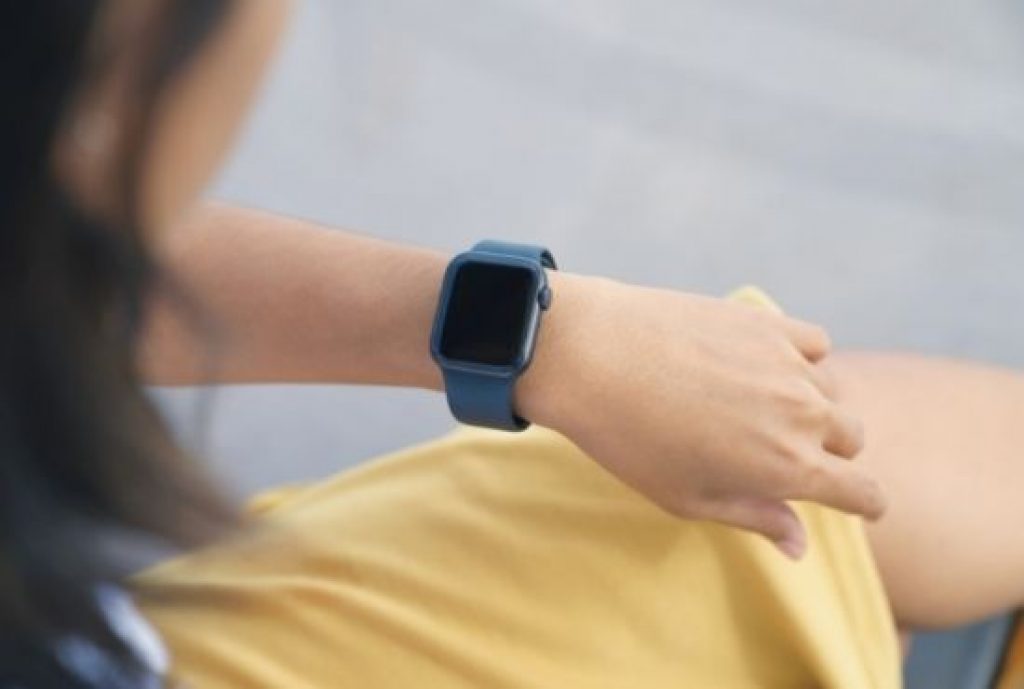 Why can’t I charge the Apple Watch with my iPhone, iPad, or their chargers?

The Apple Watch is charged inductively using a unique charger that isn’t powerful enough to charge the iPhone.

Apple has yet to add a lightning connector to the Apple Watch, and the magnetic charger that comes with it is unable to charge the iPhone.

The Apple Watch has yet to be updated to support Qi wireless charging as the iPhone has.

What is the purpose of the Apple Watch’s “hidden” port?

Let’s speak about the “secret” port, which is placed where the bottom band connects to the watch’s body.

There is a six-pin port behind the cap when you remove it. This is one of the watch’s diagnostic ports, which technicians may utilize to diagnose issues.

However, several users found in 2015 that it could be used to charge at a faster pace.

Reserve Strap ran with this idea, creating prototypes in which the Apple Watch strap would connect to this port and charge the watch while the user was still wearing it on their wrist.

The Reserve Strap charged the watch 6-7 percent faster than the Apple charger in the same amount of time.

Of course, Apple intervened and shut down the service because of safety concerns around wrist charging (such as getting electrical burns).

Despite getting a patent for an on-the-wrist battery band charger in 2017, there has been no progress.

How can I get the most out of my Apple Watch when it comes to charging?

So, how can you get your Apple Watch to charge as quickly as possible? Setting up your charging station in a well-ventilated place decreases the chance of it overheating or losing performance efficiency, according to Apple.

Simply put the Apple Watch into the adaptor once you’ve located the perfect charging position.

After that, you must connect it to a power outlet to turn it on.

What is the Bat free Power Strap and how does it work?

Togo began developing the Bat Free Power Strap, a charging band for the Apple Watch, in 2019.

While they set up a Kickstarter to raise funds for this project, nothing came of it, and funders were never reimbursed.

What should I do if I don’t have access to an Apple Watch charging cable or magnetic dock?

If you’re having trouble using Apple Watch’s specific magnetic charging station or charging cable, double-check that everything is securely attached to the adapter and that the power source is operational.

The unique charging cable and magnetic charging dock that arrive with your Apple Watch are meant to function only with them.

Regrettably, this means you won’t be able to charge your iPhone using its lightning cord.

You can’t charge your device using Qi wireless charging if it isn’t accessible.

Apple does not appear to be interested in producing charging watch bands, despite previous attempts.

Stick to the charging procedures that have been advised.

How to Quit Mail on Mac (Explained!)

Does AT&T Wireless Have a Grace Period? (Explained!)