Home » Tech » Can You Wear an Apple Watch in the Shower? (Answered!)
Tech

Can You Wear an Apple Watch in the Shower? (Answered!)

Apple watches have grown in popularity over time as a result of the several useful features they have. They are a wonderful option for individuals searching for a wearable to go with their iPhone, but they are not inexpensive.

As a result, knowing how long they last and how to care for them will go a long way toward ensuring that your smartwatch remains useful and durable.

All Apple watches have some level of water resistance, so if you’ve ever wondered if you could wear one while showering, you’re in luck. Here’s a quick response.

Is an Apple Watch Safe to Wear in the Shower?

The short answer is that it is up for debate.The Apple Watch Series 0 (first generation) and Series 1 are splash and water resistant, although immersing them is not recommended. While the Series 2, 3, 4, 5, and 6 models can be worn in the shower, they should not be exposed to soaps, shampoos, lotions, or fragrances because these can harm the device.

Apple Watches are water resistant but not waterproof, according to Apple. The two words are very different, and this article will explain why. It will also offer you an outline of what you should know before taking your Apple watches into the shower. It will also respond to the following inquiries:

What’s the Difference Between Waterproof and Water-Resistant Electronics?

If a gadget is designated as water-resistant, it signifies that it will not be damaged if submerged underwater for a brief length of time. A waterproof device, on the other hand, is impervious to water and will not be destroyed even if submerged for several hours.

Varied types of Apple smartwatches have different water-resistance ratings. They can, however, be worn and utilised without sweating during exercise, in the rain, while washing your hands, and for a fast shower.

The following are some of the circumstances that have an impact on this feature in an Apple Watch, all of which must be avoided:

Dropping the device or subjecting it to various types of impacts

NOTICE: Not all smartwatch bands are suitable for usage in the water. Because stainless steel and leather bands are not water-resistant, they should not be exposed to liquids.

Apple Watches in the Shower

Showering while wearing your Apple smartwatch poses no immediate hazard. If you have a first-generation Apple Watch, however, it is strongly advised that you remove it. You may shower, swim in a pool or lake, and workout with the Series 2 and newer variants.

Intriguingly, Apple Watch not only keeps water out, but it also expels any excess water that might get inside the device.

Water resistance is rated ISO 22810:2010 on newer versions of these smartwatches. Their construction allows them to stay underwater for up to 50 metres (164 feet) at this capacity. 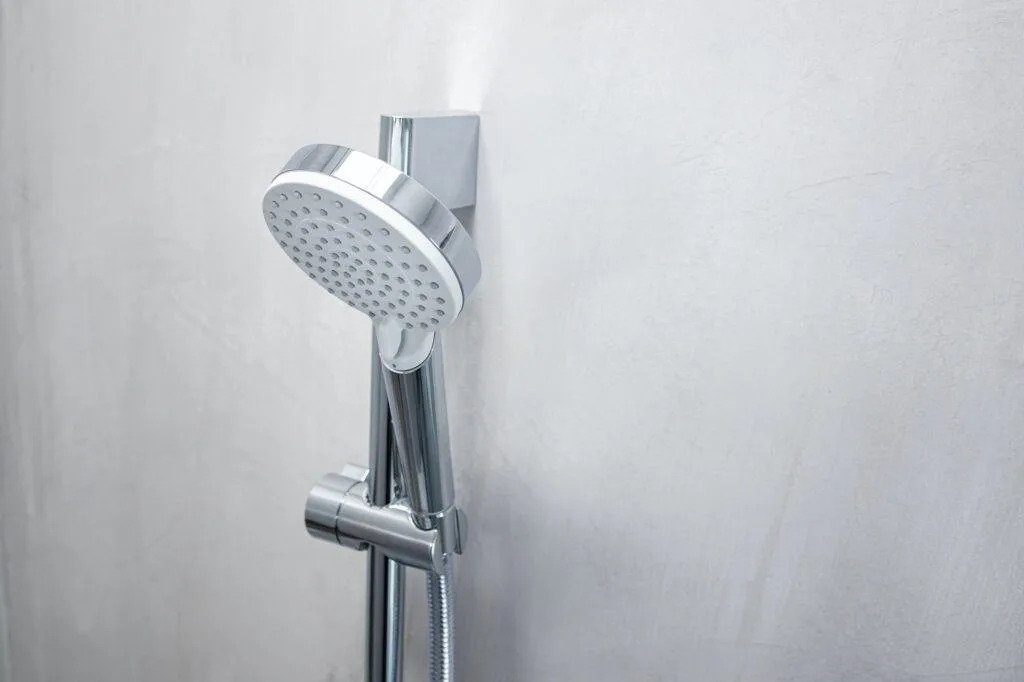 Even with that grade, Apple advises against wearing the watch while scuba diving or water skiing, as previously stated. Due to high speeds or depths, such conditions may force water deep into the watch’s ports, causing component damage.

However, the smartwatch can be worn in both fresh and salt water, with the same limitations. Also, after swimming in ocean water, rinse the watch with fresh water from a faucet – watch on low – to remove the salt.

Is it okay for me to wear my Apple Watch 6 in the shower?

However, because the two are water-resistant to a depth of 50 metres, the same as most other Series 2 models, you can wear them while showering. However, if you plan on doing a lot of swimming, the Apple Watch 6 is a better option.

Is it okay for me to wear my Apple Watch 5 in the shower?

Owners of the Series 4 or 5, which were released in 2018 and 2019, would be pleased to learn that they may shower while wearing their watches. Even better, they can be worn for water sports like swimming and snorkelling, as well as when going for an all-day river float.

It’s also worth noting that for swimmers, there are a variety of applications that can be downloaded to supplement your swimming routine and provide information on your rate of exertion as well as guess the strokes you’re taking.

Is it okay for me to wear my Apple Watch 3 in the shower?

Apple Watch Series 2 and 3 were released in 2016 and 2017 and may be worn while bathing or showering. It can withstand up to 50 metres of water, albeit it may not be as efficient as later models.

It may be used for mild water activities like cleaning or showering, as well as duties that require your hands to be in contact with water for a brief length of time. When it comes to swimming, though, you might want to think twice. Unless you’re going for a fast swim or a quick run.

Is There Anything I Should Do to My Apple Watch Before Getting It Wet?

Yes. It’s critical to enable the Water Lock feature on your Apple Watch before submerging it in water. Water Lock is available on newer Apple Watch models, including the Series 2, 3, 4, 5, and 6.

When the monitor activity detects that you’re in touch with water, or if you provide a command signalling the start of a swimming session, this feature locks the smartwatch’s screen. This feature guards against unintentional taps.

Make sure the Water Lock is turned on before engaging in any water activity, such as showering with your Apple Watch.

Following these three simple procedures before jumping in the shower or the pool is the simplest way to prevent the watch from water damage:

When you’re finished, you’ll notice that the screen no longer responds to taps or swipes.

Rotate the watch’s Digital Crown when you’re done showering or swimming. The gadget will beep a few times to clear any water or debris from the speakers and microphones, then reactivate the screen.

Is It Harmful to Wear an Apple Watch Throughout the Day?

Apple smartwatches are convenient and can be used for a variety of tasks, such as receiving notifications and reading messages on the wrist, tracking your fitness (calories burned, exercise minutes, and standing durations), workout tracking, heart rate monitoring, warning about abnormal heart rates, and detecting falls, to name a few.

As a result, it’s only fair to wonder if wearing it all day is a concern. Well, it’s not harmful, and you can wear your Apple Watch for long periods of time.

Obviously, you’ll take it off to charge at some point, and this qualifies as a wrist break. Its upkeep should be your only and primary focus.

For example, you must make sure that your Apple Watch is appropriately tuned while using the numerous applications to which it is subjected.

The sensors on the watch will not project the correct data or read your heart rate effectively if it is unfastened. If it is excessively tight, however, it may cause circulation problems as well as inaccurate readings. As a result, make sure it fits perfectly.

After a Shower, Clean and Care for Your Apple Watch

After any water activity, make sure your Apple Watch is clean and dry. After you’ve finished showering, clean and dry your watch, band, and skin. The same is true for strenuous sports and workouts, as well as swimming, snorkelling, and boating.

Also, clean it if it has been exposed to anything that could harm it, such as dirt or sand, cosmetics, ink, soap, detergent, acids, or acidic foods, sweat, ocean water, soapy water, insect repellant, lotions, sunscreen, oil, adhesive remover, hair colour, or solvents.

So, regardless of the Series you own, there are some safeguards to take. Hopefully, this essay has addressed all of your concerns; nonetheless, it is always better to be safe than sorry.

Although these gadgets will be shielded from the shower water, they will not be protected from soaps, shampoos, or any other liquids that may be encountered when showering. Keep it away from things like those.

Why Can’t Callers Hear Me on My AirPods?