Home » Tech » Does The Nintendo Switch Come With Games?
Tech

Does The Nintendo Switch Come With Games?

If you’re thinking about purchasing a Switch, you might be interested in knowing whether or not it comes with any games.

I’ll assist you in answering this question so that you can begin enjoying your new console as soon as possible. It’s simple to understand why.

If you’re thinking about purchasing a Switch, you might be interested in knowing whether or not it comes with any games. I’ll assist you in answering this question so that you can get started enjoying your new console as soon as possible.

Is there a game library included with the Nintendo Switch?

Even though there are some bundled packages that come with games, the standard Nintendo Switch console does not include any of them. These will have to be purchased separately. The good news is that you can quickly build a collection even if you don’t want to spend any extra money on it at this time.

The short answer is that the Nintendo Switch does not always come with games, and these must be purchased separately from the console.

The truth is that the real answer is actually better.

Bundled packages, which include both the console and a game, are available for purchase.

You can also find games, some of which are even free, that can be downloaded in a short period of time.

What games does the Nintendo Switch come pre-loaded with?

Because the Switch is one of the most popular video game consoles in history, and because it has an impressive library of games from both official and third-party developers, you might expect it to include a few games.

The Switch is available in a number of different configurations. There are three versions of the Switch: the original console, which can be played handheld or docked to your TV, the Switch Lite, which allows only handheld play, and the Switch OLED, which has a larger screen.

The good news is that all of these versions are identical in terms of gameplay. The bad news is that nearly all of the console packages do not include any games, which is a disappointment.

The One and Only Exception

As I previously stated, nearly all of the Switch packages do not include any games at all.

If you’re looking for an official release, there is one notable exception to this rule.

There is an original Switch bundle that includes Mario Kart 8 as well as other games.

That is the only official Nintendo bundle release that includes a game at the time of this writing.

I’m sorry to burst your bubble, but at the moment, this is the only Switch bundle that includes a video game.

There are also special Switch editions, such as the Pokemon Let’s Go and Animal Crossing Switches, that are available.

Only custom docks and controllers are included with these.

You’ll have to spend some extra money on games for the console as a result of this.

At the very least, you’ll be required to spend additional funds in the majority of cases. 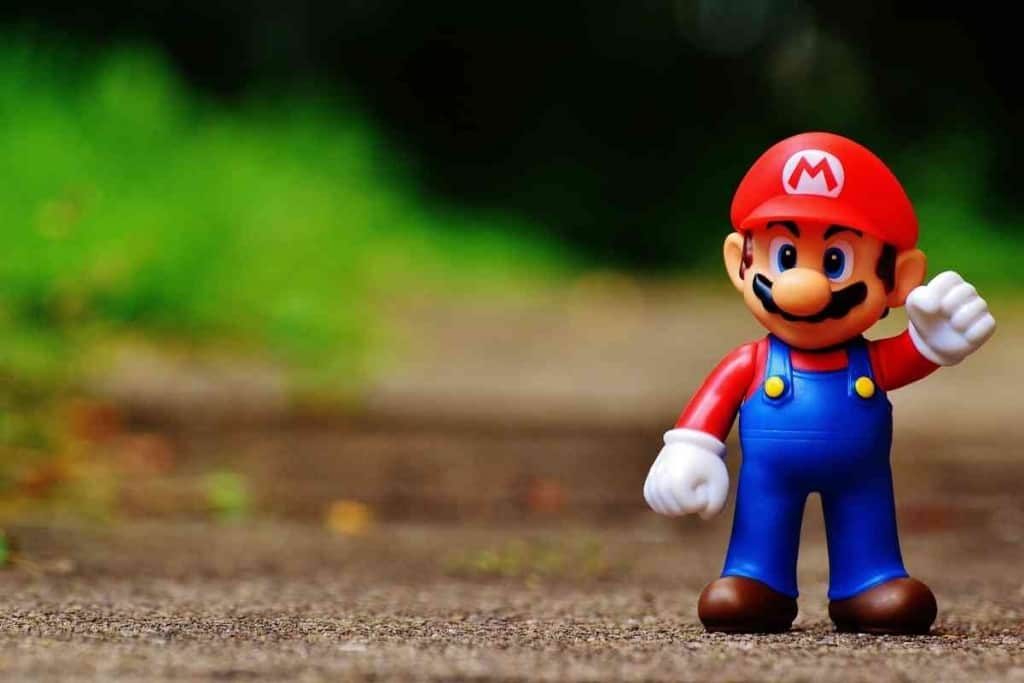 Bundles come with a variety of goodies.

Other console bundles may or may not include games, so what exactly do you get in a Switch bundle is up to you.

This is everything you’ll need to get started playing games on your Nintendo Switch system.

Everything, that is, with the exception of the games, which we will discuss in more detail later.

Keep in mind that the availability of accessories is dependent on the Switch version.

For example, the Switch Lite does not include a TV dock because that feature is not supported by the device in question.

Always remember that I’m only talking about official Switch bundles in this article.

There are a plethora of third-party bundles available for purchase online from independent sellers.

These packages frequently include games in addition to the console.

Of course, there is the possibility that either the console or the game will be used.

In exchange for accepting that risk, these bundles allow you to obtain all of the accessories you require as well as the games that you desire in one convenient package.

Make sure to pay close attention to the pricing as well.

Sometimes you can get a good deal on a bundle, but other times the price is the same as if you bought the console and the game separately on their own.

Obtaining Games as Soon as Possible

Even though there are some workarounds, such as purchasing the lone Switch bundle that includes Mario Kart 8 or purchasing a third-party bundle, the reality is that you’ll most likely only receive the console with your purchase.

That could be a problem if you placed an order online but failed to include games in your order.

What I don’t know is that the prospect of having to wait a few more days for games to arrive in the mail feels like torture to me.

While this is an option, I believe you are looking for something that is more expedient.

Even if you only ordered the console, I’m going to be able to assist you in quickly building a game collection.

Nothing more than an internet connection and a little bit of patience is required.

Hello and welcome to the Nintendo eShop.

In the event that you have an internet connection, you will be able to download games as soon as the console is turned on. It is simple to navigate the eShop.

When you turn on the Switch, you’ll see two rows of applications on the screen.

The large square icons that make up the top row are the most prominent. These are the games you’ll be playing. After that, you’ll see a smaller row of circular icons to the right.

One of these icons will have the appearance of an orange bag. This will take you to the online store.

The eShop is straightforward to navigate. You can look for great deals, browse by genre, search for games based on their price, or type in keywords to find games quickly and efficiently.

The process of downloading the game is also straightforward.

Select the game you wish to purchase and then add the necessary funds to your account to complete the transaction.

You will be prompted to complete this task, so simply follow the instructions provided by the Switch.

After that, the game will begin downloading.

The download time for a game is typically short, but it is dependent on your internet connection speed and the size of the game.

You can find out how much time is left in the game by clicking on the icon of the game.

Games that are completely free

For those of you who are considering purchasing games for your Nintendo Switch, the question that you are most likely asking is how to obtain free games for your system.

Because the console itself is not inexpensive, you may wish to have some fun without spending any additional money.

Don’t be concerned; I understand where you’re coming from.

However, while the free route only allows you to access a limited number of games, the good news is that there are a large number of games to choose from.

The following are some of the best free Switch games:

This is only a small selection of the free games that are available online. There are also a large number of low-cost games from independent developers.

Some of these games are only a few dollars in price.

It’s also a good idea to take a look at the eShop’s current promotions. Occasionally, you’ll come across excellent games that are heavily discounted.

Memory Cards are a type of storage device.

When downloading games to the Nintendo Switch, one thing to keep in mind is the amount of internal memory available.

It is not possible to download games indefinitely. There is a limit to the amount of data you can download at one time.

This is determined by the amount of available memory.

If you only purchase the console, it will come with 32GB of storage space installed. This gives you the ability to download a large number of games.

If you require additional storage space, you will need to purchase a memory card.

Official Nintendo memory cards as well as regular microSD cards are available for purchase. Both of these options are viable.

Another option is to remove games from your computer that you aren’t currently playing.

The good news is that your save data is saved separately from the games, which means you won’t have to download them again if you want to play them.

This means that you will be able to continue from where you left off.