Home » How To » How Do I Answer a Call on AirPods?
How To

How Do I Answer a Call on AirPods?

Since the release of the first version of Apple AirPods in 2016, the market has been transformed.

We are, without a doubt, living in the wireless era.

Did you know you can take that important phone call while still aiming for the hole in your golf game?

However, the big concern remains: how can you answer a phone call while wearing AirPods?

How Do I Use AirPods to Answer a Phone Call?

To answer a call while wearing AirPods, simply double-tap one of the exterior parts. You should be able to hear your caller through both Airpods after double-tapping. After then, you can hang up the phone by repeating the process.

Apple ushered in a new era of wireless technology that we could never have anticipated.

True wireless means you can control the volume, pause and resume music, and even answer phone calls by simply tapping the pods in your ears.

While you may have this wonderful function, you may be unsure of how to use it.

The method for answering calls with Apple AirPods varies depending on the model.

While not all AirPods have the same buttons for making iPhone calls, some practices are universal.

When Apple’s AirPods were first released in 2016, they lacked a few functions.

As a result, Apple made significant enhancements and changes to the following models along the road.

The capacity to originate, receive, and end calls were one of the new features.

Additional improvements in later AirPods models provided the Apple ecosystem with a new wireless listening experience as well as new ways for customers to interact with their other devices.

Users of the first and second-generation AirPods, for example, can play, pause, and skip tunes by just touching the side of the headphones.

In addition, the phone call capability is enabled by the touch-sensitive sensors in various AirPods versions.

The AirPods Pro debuted in 2019 with a slew of improvements, including a new force sensor control system that reads commands when the stem is lightly squeezed.

The variations between AirPods models go beyond aesthetics and additional functionality; they also have an impact on behaviors, like as how you interact with phone calls.

The switch to force sensors on the AirPods Pro, for example, means that finger taps that functioned on previous generations of AirPods would not operate on the Pro model.

However, both types allow for some common tasks, like asking Siri to make or receive phone calls.

On the First and Second Generations of AirPods, How Do I Answer a Call?

Yes, both the original and second versions of AirPods can take phone calls.

For both the first and second-generation Apple AirPods, answering calls is as simple as tapping your pods.

Each earpiece of the Apple AirPods has built-in touch sensors and beamforming microphones.

It suggests that you can take calls while wearing your pods and have a hands-free discussion.

If you already have AirPods on and receive a phone call, double-tap anywhere on the exterior of either pod.

It makes no difference whether you have the original or second generation of AirPods. 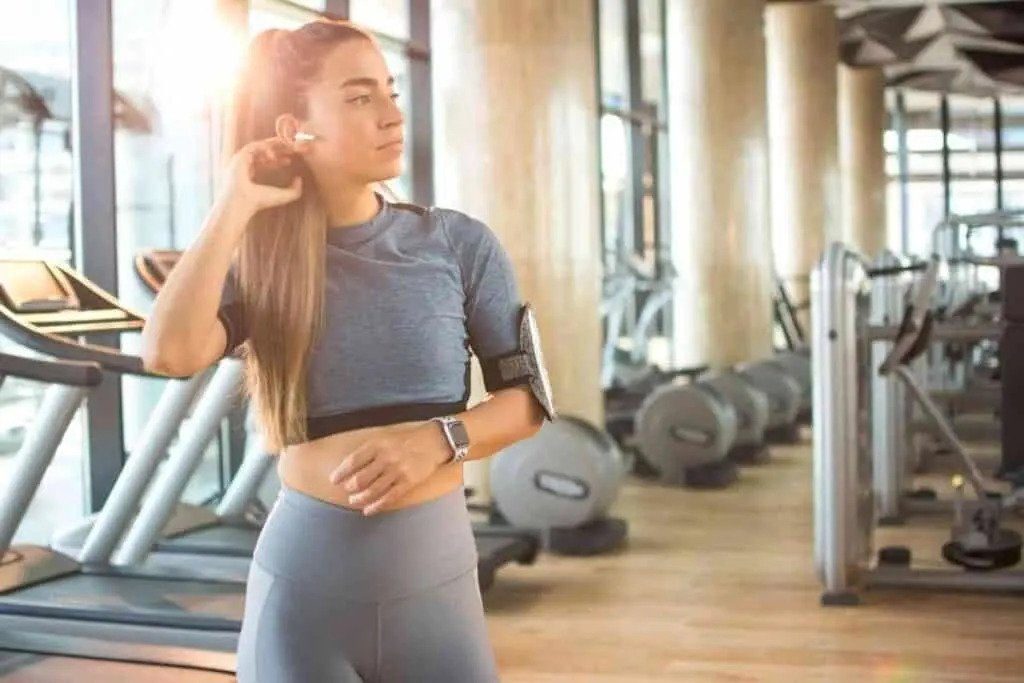 How Do I Use AirPods Pro to Answer a Call?

The AirPods Pro works a little differently than the AirPods version one and two.

Certain AirPods pro controls, on the other hand, remain on the pods.

In addition, unlike the first and second-generation AirPods, which have the sensor on the pod, the touch control for the AirPods Pro is on the stem.

The flat, touch-sensitive region on the stem of both earphones is referred to as a force sensor.

If you receive a call while wearing your AirPods Pro, how will you respond? Squeeze or press the force sensor to activate it.

Is it possible to reject or end a call while using AirPods?

Let’s say you wish to turn down an incoming call. If my AirPods are connected, is it possible? Yes, it is correct.

Do nothing until the call is transferred to voicemail if you’re planning to ignore an incoming call.

You can also choose to reject the call on your iPhone by pushing the side button or using the on-screen controls.

When you double-press the Force Sensor, it declines the call and quickly sends it to voicemail.

Whether you have generation 1 AirPods, generation 2 AirPods, or AirPods pro, the technique is the same.

While remaining linked to your AirPods, you can also end your call.

When your conversation is finished, repeat the process.

How do I get my AirPods to ring when a call comes in?

Did you know that your AirPods may broadcast an incoming call to help you decide whether or not to accept it? You now know, if you didn’t previously.

So, how can you get them to alert you when a call comes in?

On your iPhone, go to the Settings app and tap on the phone symbol.

An allow icon will show on the phone.

When you push, an Access section will appear, and you can choose to Announce Call by touching on the symbol.

Setting your AirPods to exclusively announce calls while they are on your ears is another option.

Apple has made it a priority to provide its customers with multiple ways to complete a single task since its inception.

It also keeps the same beat when making phone calls.

So you’re probably wondering what other method you can use to answer, end, decline, or make a phone call.

Remember that Siri, Apple’s voice command, was created by Apple.

If you have or use an iPhone running iOS 14.5 or later, you are fortunate enough to be able to use the Siri voice command.

By saying answer or decline, you can accept or decline a phone call.

The words yes and no are also useful when utilizing Siri voice commands.

You must first enable the Siri voice command in the Settings app before you can use it on your device.

To get started, go to your iPhone’s Settings app and tap the Siri symbol.

Then, go ahead and activate the Announce call settings.

So, how do I make a phone call or announce one? Declare it aloud.

With each new update, there may be even more innovative and imaginative ways to use AirPods to connect with others.

The simplified stages are as follows:

Because there are various alternatives available, make sure you select the Headphones and Car icon.

If I have an Android cellphone, how can I answer calls with AirPods?

Many people believe it is difficult to connect an iOS device to an Android device.

However, they are unaware that it is possible—for example, listening to iTunes on your Android phone.

Thanks to technical improvements, two devices with different operating systems can now communicate.

You may also use your Android device to access some iOS features.

As a result, you may connect your Apple AirPods to your Android phone and receive, make, and complete phone calls.

Although this is a useful function, it is not as simple or convenient as syncing two iOS or Android devices.

Apple and Android both include Bluetooth features that allow for the formation of a connection.

So, what’s the best way for me to make the connection? The first step is to go to your Android device’s Bluetooth settings and scroll down.

If this is the first time you’ve paired the two devices, look for a new device to pair.

On the other hand, make sure your AirPods are turned on and ready to pair.

Your Android device looks up the name of your AirPods and displays it on the screen.

Allow both devices to pair by clicking on the name.

As previously stated, establishing iOS and Android is not simple; as a result, they may be hesitant to pair.

If you’re using first or second-generation AirPods, long-press the back of your pod, or the stem if you’re using AirPods Pro until a light emerges.

Finally, validate that your pods have paired a second time

Our lives have been made easier by technological improvements, but Apple has simplified it.

Pulling out your phone and answering a call may not appear to be a big deal at first.

Consider what would happen if you were in the middle of a gym session and got a call or needed to make an urgent call.

You can pick or decline a call on Apple by tapping or saying it loudly.

You can place your order without disrupting your session in that scenario.

Can You Pair An iPad With An Apple Watch?

Wear Your Apple Watch to Bed? Is it bad…