Home » Tech » How Do You Keep Your Xbox One Controller From Turning Off? [Solved!]
Tech

How Do You Keep Your Xbox One Controller From Turning Off? [Solved!]

Microsoft has always put forth considerable effort in the development of the Xbox consoles and controllers that go with them.

Over the years, the Xbox controller has gained a significant amount of popularity, even among those who play PC games.

Xbox One controllers with Bluetooth connectivity, an AA battery slot, and a USB-C port for charging and data transfer are now available on the market.

What is the best way to prevent your Xbox One controller from turning off?

If your Xbox One controller is turning off at random or immediately after turning it on, there are a variety of issues that could be causing it to do so. It’s most likely a problem with the batteries or the connection to the Xbox, but it could also be a hardware issue.

The first step will be to run through a quick list of tests that may help you solve your problem and figure out why your Xbox controller is constantly shutting itself down.

Changing or recharging the batteries should be the first thing you try before going too far in this direction.

The most common reason for Xbox controllers to shut down is that the battery has run out of power.

In the event that you use AA batteries, it may be time to upgrade your batteries.

If you purchased a rechargeable battery pack, now would be a good time to plug in your controller and allow it to charge up while you’re not playing.

Eventually, rechargeable battery packs will lose their ability to hold a charge.

If you notice that your Xbox controllers are no longer powered on after unplugging them from their charging cable, you’ll most likely need to replace the battery in your controller.

If you find yourself in a situation where you need to play right away, you can always switch back to AA batteries.

Don’t be concerned if this does not resolve your problem.

I’ve included an additional section at the end of this article to assist you in troubleshooting other possible causes of the problem.

First, you might want to take a look at the section on the Xbox controller’s sleep function. It contains some useful information.

How do you keep your Xbox One controllers from falling asleep while you’re playing?

The Xbox One has a sleep/standby mode that can be used.

Your Xbox One will appear to power down after a period of time during which no user input has been detected and no content has been played.

In some cases, the screen will go blank and the Xbox One light will dim or turn off. It is not necessary to turn off your Xbox One.

It has only recently been placed in standby mode.

When the Xbox is in standby mode, it is powered on at a low power consumption level, which is just enough to allow it to receive software and hardware updates while it is not being used.

When called upon by pressing the Xbox button on the controller or the front face of your Xbox One, it also appears as though the Xbox One starts up instantly.

This feature is referred to as “Instant On.”

Your Xbox One controllers will also power down as part of Instant On, which will help you conserve battery life.

This is a convenient feature that, for the majority of Xbox users, helps to extend the overall life of your AA or rechargeable batteries.

Others find it inconvenient to have to press the Xbox button repeatedly and wait for their controller to turn back on again.

For players who want to make sure their Xbox has completely shut down before turning it off to give it a rest, this can be a minor inconvenience.

Owners of Xbox consoles who have Instant On mode enabled must press and hold the Xbox button on their controllers for an extended period of time in order to turn off the feature.

If you press the Xbox button for only a few seconds, your Xbox will enter standby mode rather than completely shutting down. 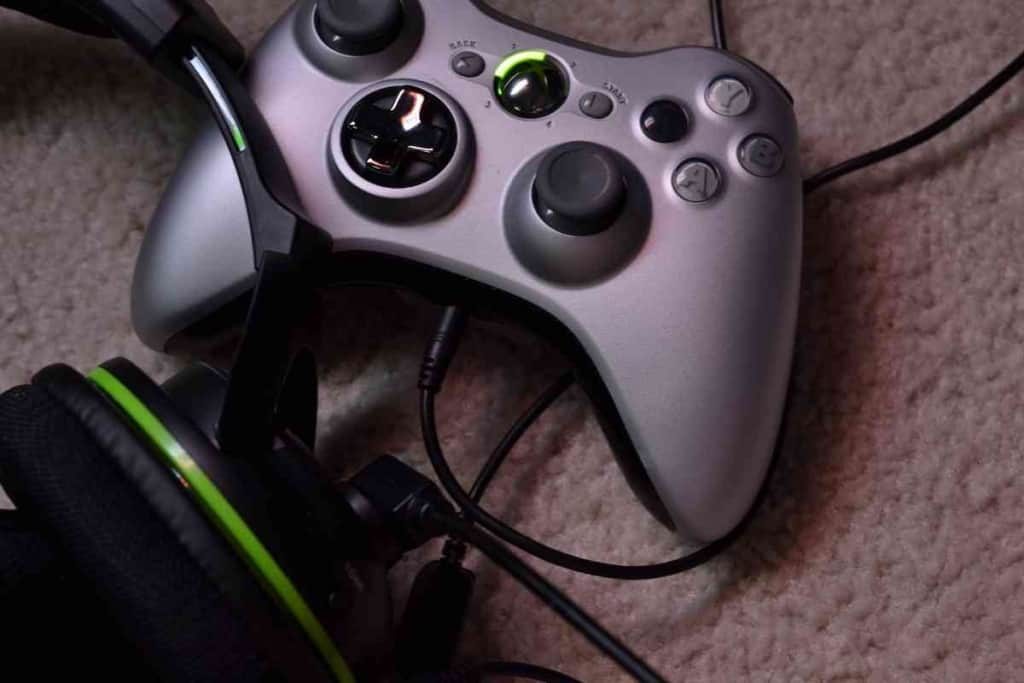 If you find the Instant On feature to be more bothersome than useful, you’ll be relieved to know that you can simply turn it off in the settings.

Congratulations, you have successfully disabled the Instant-on functionality.

As a result, pressing the Xbox button will now cause your Xbox One console to shut down completely.

It’s important to remember that while the Xbox One is powered down, it will no longer download updates to the Xbox One firmware or any games from your library.

You can re-enable the feature by following the steps above to return to the Power Options menu and switching the Power mode back to ‘Instant-on.’

I strongly advise you to keep the instant-on feature turned on at all times. It can save you a lot of time when it comes to updating your games and software.

There’s nothing more frustrating than sitting down to play your favourite game only to be forced to wait for updates to download and install before continuing.

How to Troubleshoot Your Xbox One Controller That Has Disconnected

It’s possible that your controller is out of range.

The RF range of the Xbox One can be extended to up to thirty feet without experiencing any transmission loss. It’s best if you can keep your distance from the console.

Inspect the area between where you play and where the Xbox One console is to ensure there are no signal-blocking materials in the vicinity.

Aluminum, copper, nickel alloy, and other materials of a similar nature can interfere with wireless signals.

It’s possible that your controller and Xbox One aren’t communicating properly.

Your Xbox One is not the same as a traditional computer. It is, in fact, a computer.

It is possible that hardware components will experience issues similar to those experienced by desktop components in some cases.

If your RF module has managed to get itself into a connection loop, it may believe it is connected to your controller when it is actually disconnected.

Don’t get too worked up about it. One simple step will resolve this issue: simply power down and restart your console.

For approximately ten seconds, press and hold the Xbox button on the front face of your Xbox One console.

Once it has been completely shut down, press the button once more to bring it back to life and restart it.

You can now try pairing your controller with the Xbox One console once more if you want.

You can also reconnect the Xbox controller without having to shut down the console completely if you want to. The only thing that needs to be done with wired controllers is to unplug them and reconnect them.

Hold down the wireless connect button on the controller until the Xbox button flashes, which is the case for wireless controllers.

The same procedure should be followed for the wireless connect button on the Xbox console’s face. It should pair them up in some way.

It’s possible that your Controller’s firmware needs to be updated.

One of the most common reasons for connection issues with Xbox One controllers to occur is because the firmware has become out of date.

To update the firmware on your controller, follow these steps:

If it successfully completes the update, you will be able to use your Xbox One controller wirelessly once more.

It is also possible to perform a firmware update on your PC in the same manner if your Xbox One is not recognising your controller.

You will need to download the ‘Xbox Accessories’ app from the Microsoft Store in order to complete this process.

Why is the Install Now button in Software Update not working?