Although the pencil is technically always on and results in a tiny percentage of battery depletion with each passing hour, charging is typically relatively quick and leads to hours of use.

However, some users have complained about the Apple Battery draining too rapidly.

Your Apple Pencil 2 will display as a notification when connected to the iPad, allowing you to check its status as it charges.

But what about when you’re utilizing it?

What should you do if the pencil suddenly stops lasting more than three or four hours on a full charge?

This is unusual for the Apple Pencil, but not unprecedented.

One probable explanation for the faster depletion is because the Apple Pencil is activated by motion.

Even after hours of use, most consumers seldom see the Apple Pencil’s battery drop below 90%, indicating that it has a strong battery.

This raises the issue of what else may be causing the Apple Pencil to lose battery so quickly.

When the pencil remains unused, however, you should only lose roughly 5-10% of the battery every day.

How Long Does It Take For An Apple Pencil To Lose Its Charge?

So, how long should you expect your Apple Pencil to last?

How long does a charge last on the Apple Pencil?

The Apple Pencil should last roughly 12 hours on a full charge, according to Apple.

If the battery is completely depleted, you may charge it for only 15 seconds to receive roughly 30 minutes of use.

This pencil does have a fast charge.

There are no official predictions for how long the Apple Pencil should survive until it is entirely depleted beyond resuscitation, but if you take excellent care of the battery and keep it charged regularly, you should get several years of use out of it.

It’s best not to leave it uncharged for lengthy periods since this can shorten its longevity.

How do you use the Apple Pencil with the iPad?

It’s a breeze to pair the Apple Pencil with the iPad.

There should be a Pair button that appears.

You’ll have to tap on it to activate it.

If you still can’t get the Apple Pencil to link this way, go to Settings > Bluetooth and make sure Bluetooth is enabled.

Then press and hold the Pencil > info button > Forget button.

Connect your Pencil to your iPad once again, then touch the Pair button. 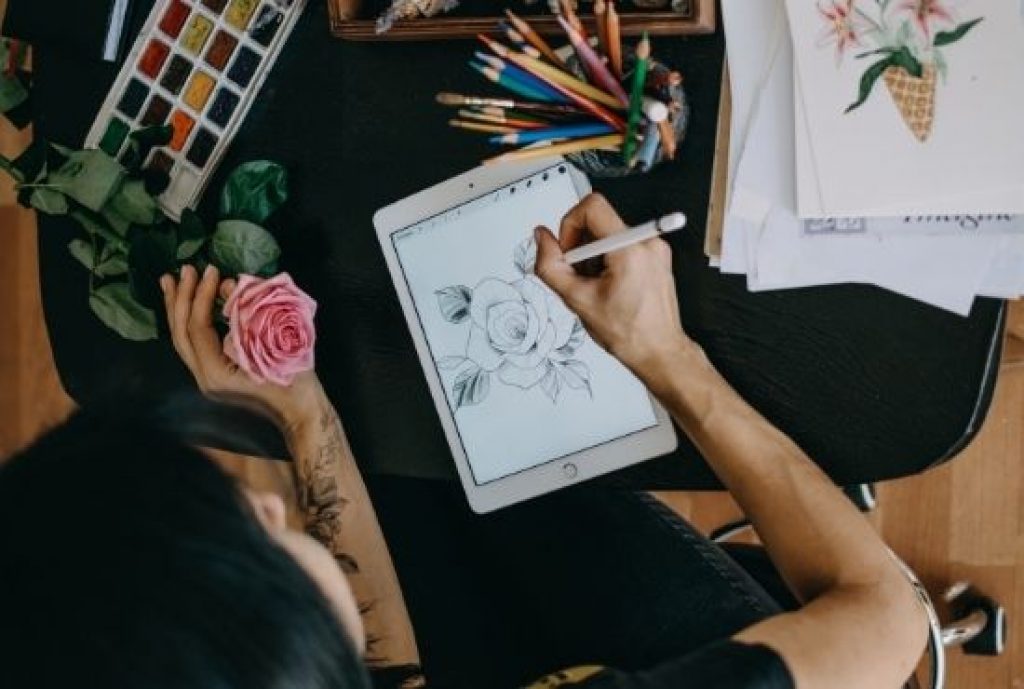 What type of battery does the Apple Pencil have?

Here’s all you need to know about the Apple Pencil’s battery.

This built-in rechargeable lithium-ion battery functions similarly to the battery inside your iPhone or iPad.

Unlike competitors such as the Microsoft Surface Pen, which uses changeable, throwaway batteries, this one does not (like AAAA batteries or a watch battery).

While these throwaway batteries can last longer than the Apple Pencils, changing them can be a bother.

However, if the Apple Pencil’s battery is completely dead, you won’t be able to replace it.

You’ll have to get a new pencil altogether.

Because the batteries are practically the same in both versions, the battery life is similar.

In terms of battery life, there should be no difference between both pencils.

What should you do if your battery is fast depleting?

Maintaining a 10-15% charge on your Apple Pencil at all times can assist prevent quick depletion.

Even if you turn off Bluetooth, you will experience some drain.

When there is a substantial drain, though, turning Bluetooth off may assist.

Keep an eye on the Battery widget in the Notification Center to see how much battery life you have left.

Is AppleCare+ applicable to the Apple Pencil?

AppleCare+ will cover your Apple Pencil and Apple-branded iPad keyboard without a doubt.

AppleCare+ extends your warranty for an additional two years and covers up to two occurrences of accidental damage every 12 months.

For Apple Pencil, there is a $29 service fee for each incidence (plus applicable tax).

When not in use, the Apple Pencil does not generally lose its charge that rapidly.

It will last for roughly 12 hours when in use.

If your battery appears to be draining too rapidly, consider turning off the Bluetooth connection to see if it helps.

These batteries don’t last forever, so you’ll have to replace the complete Apple Pencil when they die.

Even so, you should be able to get a few years of use out of your Apple Pencil.

What’s The Difference Between AirPods 1 and 2?

Can You Take a JBL Speaker In The Shower?