How Long Do PS4 Controllers Take To Charge?

I enjoy using wireless game controllers, but I despise having to wait for them to charge.

I’ll tell you how long a PS4 controller takes to charge, as well as a few other interesting facts regarding your wireless PS4 controller.

How Long Does It Take To Charge A PS4 Controller?

While there may be variations depending on the condition of your controller, your charger, and the amount of battery life that needs to be charged, a PS4 controller usually takes two hours to charge. While charging, you can use the controller, although this may affect the overall charging time.

PS4 wireless controllers are fantastic, but you might be wondering how long they take to charge and whether or not it’s safe to use them while they’re charging.

Continue reading to learn more about these and other topics.

How long does it take to recharge a PS4 controller once it has been turned off? When customers inquire about the time it takes to charge a controller, they typically want to know how long it takes from zero to full charge.

While each controller will vary significantly depending on a variety of parameters, the general time estimate is two hours.

While the official answer is that a PS4 controller takes two hours to charge, in practice, it will likely take less time.

Because most people charge their controller when it’s half-depleted rather than entirely dead, this is the case.

What’s the best way to see if your PS4 controller is charging?

There are two options available.

Turning on the PS4 system is the most precise.

You can check the battery power if you’re charging the controller using a USB cord.

The current battery life may be seen by pressing the PlayStation button.

Check the controller if you’re using a third-party charger or don’t want to switch on your console.

At the top of every PS4 controller is a lightbar. As it charges, this light will softly blink orange.

Once the controller is charged, the LED will cease blinking.

You may visually check the controller to verify if it’s still charging, albeit this method isn’t as precise. 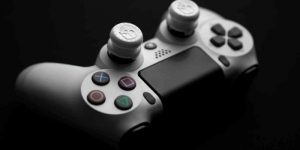 Charging times are influenced by a variety of factors.

The most important is the amount of battery power in your controller right now.

It may only take 60 to 90 minutes for the controller to finish if it has a partial charge.

Charge times may be longer for older controllers or those with worn-out batteries.

Charging times can also be influenced by the charger.

An outdated cable may have trouble transmitting a sufficient charge.

Depending on their purpose and quality, third-party accessories can either be quicker or slower.

Unless charging takes more than three hours, I wouldn’t be concerned.

This could suggest that the controller or charger is malfunctioning.

Experiment with the Charging Controller

This is understandable because you don’t want to endanger your controller.

The truth is that a PS4 controller can be used while it is charging.

Because the battery is being utilized, the charging time may be affected, but it will still charge properly while you’re having fun.

If you observe that the battery is draining while you’re playing and charging at the same time, the fault is most likely with the charging cord.

Replace the cable with a better one, and the problem should be resolved.

Life of the Batteries

While you may be able to get it close to eight hours, most people only get four or six hours.

This is especially true if you play games that are more demanding.

Facts about the PS4’s battery and charging

I’m going to tell you some interesting facts about the batteries in your PS4 controller.

Some of these facts may have escaped your notice, so allow me to educate you on your controller.

Charges on an annual basis

Allow your PS4 controller to fully charge at least once a year to keep it in good working order.

If you don’t, it may have difficulty connecting to your console.

You probably never noticed because you charge the controller on a regular basis, ensuring that it functions properly.

If you’ve put your PS4 in storage, haven’t used a specific controller in a long time, or have switched to a different console in the last year, this could be an issue.

While charging, you may discover that the controller is not connected.

If this is the case, simply charge the controller completely before attempting to use it.

Temperatures that are efficient

To function effectively, your controller must be kept within a specified temperature range.

The battery may deplete, the controller may respond slowly, or it may even break if the temperature is excessively hot or cold.

You should have no trouble maintaining the proper temperature for your controller.

Because most houses fall within this range, this should never be an issue.

While the system is in rest mode, you can charge your PS4 controllers.

While the default settings may prevent you from doing so, changing them is a simple process.

Go to Settings after turning on the console.

This is done by pressing the up arrow and selecting the toolbox icon from the main menu.

Then go to Power Save Settings and select Set Features Available in Rest Mode from the drop-down menu.

Supply Power to USB Ports will appear as an option.

Make sure this is turned on. This keeps the USB ports active even when the console is turned off.

Failure of the Battery

Every battery loses its ability to maintain a charge at some point.

This means that unless the battery is completely replaced, the device will stop working.

While this is unfortunate, the good news is that PS4 controllers are extremely durable.

The internal battery is expected to last 10 to 15 years.

As a result, you won’t have to be concerned about your controller breaking down anytime soon.

Why Is Apple Music So Slow?