Home » How To » How to Make an iPhone  to Say Something When Plugged in?
How To

How to Make an iPhone  to Say Something When Plugged in?

Although this isn’t the most critical feature of iOS 14, it is a lot of fun to experiment with. Siri’s charging announcement is a more handy method to know whether your phone is charging or not, especially for those of us who save money on chargers that only function at certain angles or cease working after a few weeks of use.

When your iPhone is charging, what can Siri truly do?

The new functionality can be activated as automation from within the Shortcuts app in iOS 14. Siri can be programmed to say anything you want in the language and voice of your choice if this option is enabled.

It could be a line from a popular film, the lyrics to your favourite song, or a reassuring statement you wish to hear on a regular basis. When your iPhone is hooked in or unplugged from the power source, it can tell you almost everything you want to know through its audible notifications.

This effect is especially strong while your iPhone is in silent mode, so you won’t even hear a chime to know what’s going on.

Without having to seek for the battery indicator at the top of the screen, your iPhone will announce that it has been plugged in and is charging as a result of this helpful little feature.

This Siri function should indicate whether or not your iPhone is now charging if you are still using an obsolete charger that only works at a certain angle or if you are using a very affordable replacement.

How Do I Make My iPhone Say Something When I Plug It In?

Step 2: Make Siri Speak by Selecting the “Charger” Trigger Acting requires the presence of a trigger, which in this case is every time the iPhone is connected to a power source.

From the drop-down list of triggers, choose “Charger.” If you want Siri to speak when the device is first charging, make sure “Is Connected” is toggled on.

Choose “Is Disconnected” from the drop-down list to have Siri talk when your power goes off. Perhaps a single automation for each of these chores might be created? Click “Next” to continue. 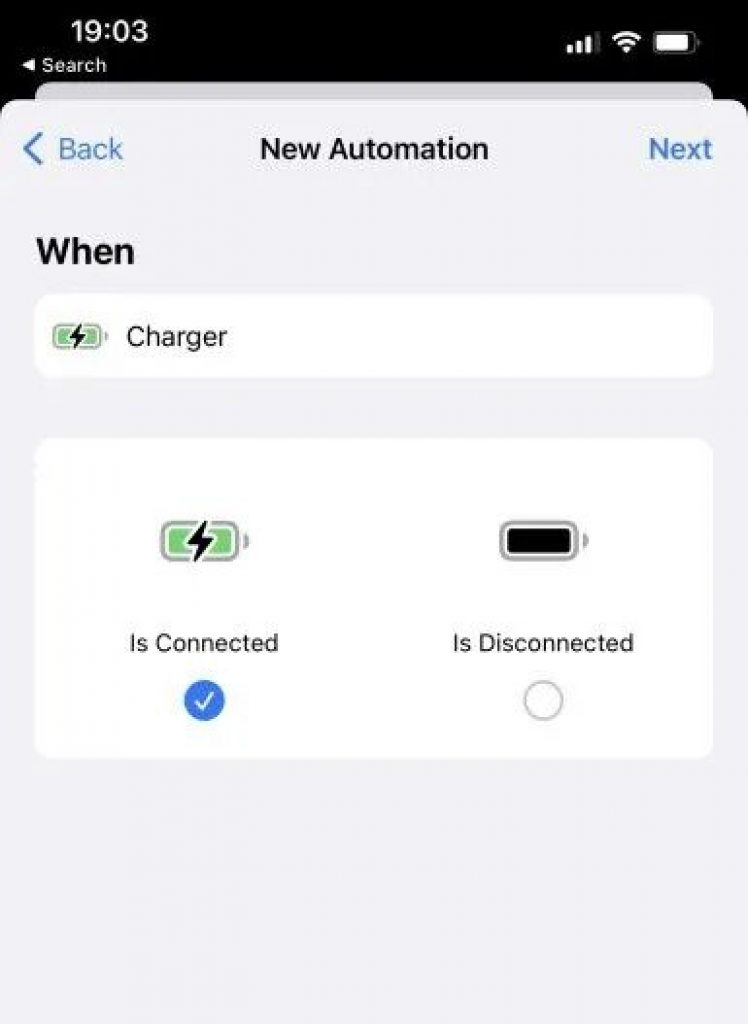 Step 3: Add the “Speak Text” Action and choose what you want Siri to say.

There’s only one more step: adding the action to your automation, which will make Siri talk anytime the device is plugged in (or disconnected from one).

Then, either press “Add Action” or type “Speak” into the search field. Look in the Actions section for “Speak Text,” which should be at the top of the list; tap it to add it.

By tapping the blue “Text” bubble in the Speak Text action box, you can tell Siri what you want her to say when the automation runs. There are no limitations on how long it can be. Because capitalization has no effect on how Siri speaks, you can write in either uppercase or lowercase letters.

The importance of punctuation, on the other hand, cannot be overstated. Use commas to create a brief pause in your writing, and a question mark to make your text appear more inquiry-like.

To change the voice, language, or pitch with which your iPhone communicates with you, tap “Show More” and customise those settings to your liking. You can hear a sample of the sounds by using the play button.

If necessary, additional actions could be added to this automation. You have the final word. A music or sound effect may begin playing shortly after Siri finishes speaking. You may also use the “Wait” command to have Siri start speaking one, two, three, and so on seconds after charging or power is turned off.

Once you’ve finished tweaking your action (or actions), click “Next,” turn off “Ask Before Running,” and double-check that “Don’t Ask” is selected in the popup. Shortcuts eliminate the need to conduct the automation every time it is activated in this way, defeating the purpose of most automation in this way. Click “Done” at the end of the procedure, and your automation will be complete!

Connect the iPhone to a Power Source in Step 5.

Whether you utilise a Lightning connection or a wireless charger, and whether your iPhone is set to Silent or Ringer, the Siri voice assistant will now speak whenever you connect your iPhone to power (or disconnect if you chose that).

The automation will begin with a notice telling you that it is running, followed by anything you entered.

It’s time to call it a day!

So now you know how to get Siri to say whatever you want when your iPhone is plugged in. Congratulations and have fun with it. You may repeat the technique as many times as you want to have Siri vocalise different topics like battery level, email alerts, connection updates, and other information.

It’s totally up to you how many Siri notifications you want to receive and what they say on your iPhone.

You may also modify the default Siri voice by selecting “Show More” after entering the required text.

How to Create a Windows 11 Bootable USB