Is The Apple Watch Series 3 Waterproof?

The Apple Watch can do almost whatever you ask of it, and it does so in flair.

You can use it to send and receive SMS text messages, make and receive phone calls, measure your calorie intake, monitor your heart rate, and listen to music on Apple Music.

Is it, however, meant to completely repel water?

Is it truly watertight?

Is the Apple Watch 3 Waterproof?

There is no Apple Watch that is waterproof. The Apple Watch, starting with the Series 2, is certified WR50, which means it is water-resistant. However, because the watch is not waterproof, it may be damaged during some water-based activities.

Let me state unequivocally that there is a significant difference between being water-resistant and being waterproof.

The Apple Watch is not one of the few products in this price range that is completely waterproof.

However, there are specific circumstances in which you can submerge the Apple Watch in water.

They saw a desire for water resistance in the wristwatch market and set out to address that demand by reworking the Apple Watch’s design aspects.

They were able to get a WR50 certification, which implies that you can immerse this watch in up to 50 meters of water and it will not be damaged.

Isn’t that all fine and dandy? Wrong.

While the Apple Watch has a water-resistance certification, there are several things you should avoid doing with it if it comes into contact with water.

To prevent you from accidentally destroying your Apple Watch 3 (or any Apple Watch Series 2 or later), I’ll go through the things you should do with it and why it could ruin it.

I’ll also show you how to repair minor water damage to your Apple Watch 3 in case it happens.

What is the difference between being water-resistant and waterproof?

Water-resistance refers to an object’s ability to withstand only a little amount of water penetration.

The device may have a thin layer of water-resistant material on it.

Water cannot readily permeate something that is water-repellent.

Thin-film nanotechnology will be used in these hydrophobic gadgets to help repel water, which may cover both the inside and surface of the device.

Waterproof now refers to the fact that water cannot permeate the surface at all.

At this time, there is no true industry standard for waterproof ratings, but the Ingress Protection Rating scale (or IP Code) comes close.

This IP Code provides a value from 0 to 8 to each item based on how efficient it is in preventing water from entering the device. 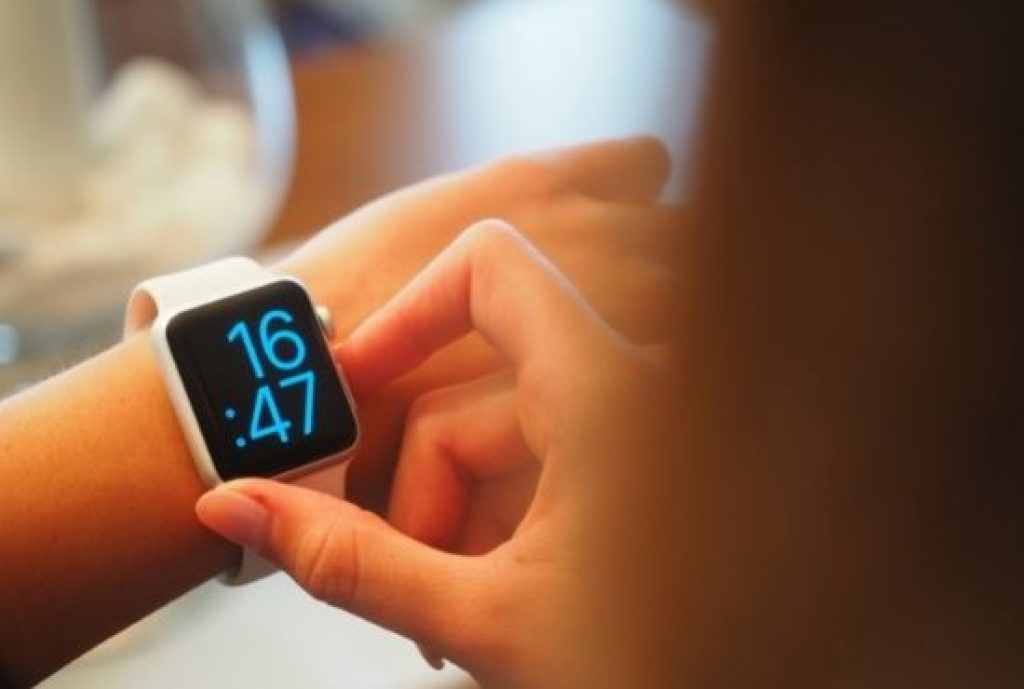 What can you do with an Apple Watch Series 3 in the water?

You can’t do much with previous versions, but if you have a Series 3 or newer, you can swim with it or even conduct a shallow water dive with it.

Deep-sea diving is obviously out of the question because you won’t want to go deeper than 50 meters.

You can also shower while wearing the Apple Watch 3, but that doesn’t mean you should.

While the watch is water-resistant, it is susceptible to chemicals contained in shower products such as shampoo, conditioner, body wash, bars of soap, lotion, shaving cream, and face wash.

These chemicals may cause harm to the water-resistant components, allowing water to flow inside over time.

You may work out with this watch without anxiety because it is sweat and splash-resistant.

What should you stay away from when using an Apple Watch Series 3?

Showering with the Apple Watch on is not recommended, as I have stated.

Because of the harsh nature of the chemicals, you come into touch with while taking a shower, Apple recommends that you avoid them.

You should be alright if you’re simply washing off fast without using any products.

Otherwise, avoid taking a shower while wearing your watch on your wrist.

You should also refrain from participating in high-impact water activities. Before you jump on that jet ski or inner tube being towed by a speedboat, think carefully.

Leave the watch at home if you decide to go deep-sea diving for whatever reason.

The watch will shatter due to the increasing pressure at a depth of fewer than 50 meters.

Of course, if you’re only looking for a shallow reef to explore, you’ll be OK.

Even though this watch is water-resistant, water damage can still occur. There is no such thing as a foolproof gadget.

If you sustain harm, you must respond quickly or face long-term consequences.

The most effective technique to remove water from an Apple Watch is to:

It’s worth noting that turning off Water Lock using your Apple Watch’s digital crown causes a vibration and noises that lead to water ejection.

If the damage appears to be serious, you might try immersing the watch in a bowl of unused rice and letting it soak for 48 hours.

If this procedure can save a water-logged iPhone 5s (which I’ve done), it’s a good bet it can save an Apple Watch that is meant to be water-resistant.

Is water damage covered by AppleCare?

If you have AppleCare+, an extended warranty, you may have any form of accidental damage covered for the next two years.

What was the stipulation? Within every two years, you may only get repairs done twice.

When should I contact Apple Support if my computer has been damaged by water?

You should contact Apple Support right immediately if your Apple Watch Series 3 has ceased operating due to water damage.

If it’s still operating but you’re having problems you can’t solve on your own, you should get assistance from an Apple technician by calling Apple Support.

After all, the Apple Watch Series 2 is certified WR50, which means it can withstand a lot of water exposure.

However, you should avoid exposing it to chemicals or strong impacts, as these can wear out or even destroy the water-resistant components, letting water leak in and wreak havoc on your watch’s internal electronic components.

Take good care of your watch, and it will look after you.

What Do I Do If My Apple Pencil Keeps Disconnecting (Answered!)

Can You Charge Your Beats Flex With An iPhone Charger?