Home » Tech » What Is Ext On A PS4 Controller? [Explained!]
Tech

What Is Ext On A PS4 Controller? [Explained!]

Sony really made a significant upgrade when they introduced the Dual Sense controller for the PlayStation 5 back in November of 2020.

2020 was certainly a rough year, but getting the PS5 at the tail end of it made things start to feel slightly normal again, at least for me.

While the console itself had some bugs that Sony needed to iron out upon release, the controller was what really impressed buyers.

But that doesn’t make the PS4 any less enjoyable of a controller. In fact, there are a lot of benefits to using it.

It is a fantastic piece of hardware that can endure years of use.

Although the Dual Sense controller represented a significant advancement, the controller remained essentially unchanged from the original PlayStation to the PS4.

The touchpad and thumbsticks are really the only things that have been added to the system over time.

The Dual Shock controllers are, for the most part, straightforward to operate. Almost everything is clearly marked and fairly straightforward… with the exception of one minor detail. It’s likely that you’ve noticed it.

What I’m referring to is that port between the thumbsticks and beneath the PS button.

What you’re looking for is the EXT, which is an abbreviated form of the word “extension.”

However, it is present, and it does serve a useful purpose.

What is the point of that? Allow me to enlighten you for a few minutes if you will allow me.

What Is Ext On The PlayStation 4 Controller? [Explained!]

What is the purpose of the EXT port, exactly?

What goes into the EXT button on the PlayStation 4 controller?

What is the best way to use a charging station, keyboard, headphones, or a headset in conjunction with a controller? Is it really necessary to make use of this often overlooked little port?

Continue reading to find out more about the EXT’s features and why you should consider using it to improve your gaming experience.

What does the EXT button on the PlayStation 4 controller mean?

An extension is abbreviated as EXT, which is an abbreviation for the word.

This is the location where you can connect the cords that connect various external devices to your computer.

In addition, you can connect a USB-C cable or plug in a keyboard, headphones or a headset, additional thumb or trigger grips, a keyboard, or a charging station to your computer.

Other people have mentioned using it to plug in their PlayStation VR extension cord, which I believe is true as well.

So, despite the fact that it is often overlooked, this small port has a wide range of potential applications. When you have everything lined up perfectly, the PS4 controller will simply plug right into the charging station in this manner.

Examine the various applications for this versatile extension port in more detail.

How to Use It as a Charging Station for Your Device

Do you want to take advantage of this all-too-often overlooked port? If you need to charge your controller, try plugging it into a charging station.

It is not possible to charge multiple controllers at the same time using the charging station, as is the case with the USB-C cables that came with your controller.

This could be extremely useful for those of you who play for long periods of time or who have a lot of friends over to play games with.

Because of this, you won’t have to worry about having a tangle of cords, and it’s also the safer option for those of you who have small children or animals who like to chew on cords.

While the controllers and charging station are charging, you can place them on a table or desk for safekeeping while they are charging. 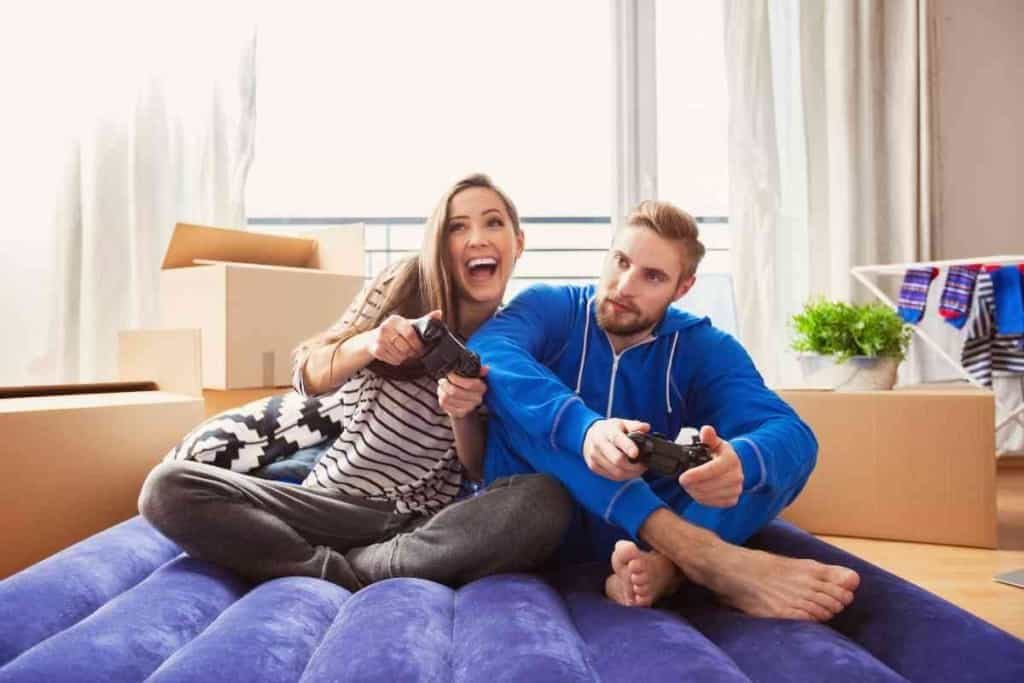 How to Include a Keyboard in a Document

You’ve probably seen videos of serious gamers using mini keyboards in conjunction with their controllers on the internet.

You might have been perplexed as to how they managed to get those tiny keyboards to work.

So, now you know that they made use of the EXT port!

In the event that you are playing one of the many games that include a chat feature, this small keyboard will come in handy (ahem, pardon the pun) if you do not have access to a microphone or simply do not want your voice to be heard by other gamers while you are playing.

With the help of this mini keyboard, you can type in-game messages.

For example, if you’re playing Grand Theft Auto Online, you can use this keyboard to send quick messages to the other members of your team.

Of course, because the buttons are so small, it can be difficult to type on them if you have large hands or fingers.

Furthermore, there is no autocorrection, so you will have to use the back button to correct typographical errors.

Instructions on How to Use Headphones or a Headset

Headphones and headsets can both be connected to the computer via the EXT port.

If you have an older model that does not support Bluetooth, you will need to connect your microphone headset or headphones by using the EXT port on your computer.

However, even though wired headphones and headsets are not generally available for purchase on the popular market, you can find them on eBay, Amazon, and other online retailers, as well as from resellers on Facebook Marketplace.

However, it is likely that you will not be able to use Xbox-compatible headsets with the EXT port.

Is it worthwhile to make use of the EXT feature?

The EXT port isn’t as useful as it was even six or seven years ago, and it has fewer applications today.

Because of the advancement of Bluetooth technology, a plethora of accessories are now wirelessly connected.

Unfortunately, the EXT port’s usefulness has dwindled over time, and the majority of people have stopped paying attention to its existence altogether these days.

Is EXT compatible with the PlayStation VR?

People have only mentioned connecting a PSVR extension adapter to the controller’s EXT port, which I haven’t heard anyone else mention.

You can give it a shot and see if it works, but the majority of people prefer to stick with the tried and true method of connecting the USB cable to the back of the processor unit.

As far as the EXT port is concerned, it is likely to remain one of the most underappreciated features of the Dual Shock controllers for the foreseeable future.

It did serve a purpose for a long period of time.

Even if you’re just plugging in an old mini-keyboard or a wired headphone set that’s been sitting around for a while, you’ll find a use for it eventually.

It will continue to function as intended and is not completely rendered inoperable.

Is Airpods Good for Gaming? (Explained!)