Home » Tech » What is the Best Used iMac to Buy?
Tech

What is the Best Used iMac to Buy?

I recall seeing the iMac for the first time in 1998.

My friend’s mother got her a brand-new model in bright orange color.

My buddy summoned me over to help her set up her computer, despite the fact that I had no experience with computers.

I was blown away by how cool the machine looked, but it was a nightmare to put up. But we managed to pull it off. And everything worked well until it was destroyed two years later by a freak lightning strike.

That was a really depressing day.

Anyway, my point is that iMacs have a long and illustrious history. It was released at a period when Steve Jobs was emphasizing the importance of customer pleasure.

According to Jobs, the iMac was created so that consumers could access the Internet in an “easy and fast” manner.

The iMac has always been aimed at the cheaper end of the consumer market, and the translucent plastic-colored body options appealed to a younger demographic.

The original iMac had a 4 Mbps IrDA connector as well as an internal 56Kbps modem.

It also made use of two 12 Mbps USB ports, which were the machine’s only means of external expansion.

This original configuration included a newly designed mouse and keyboard.

iMacs were excellent computers for students and others who just needed to connect to the Internet quickly. But that was back in the day.

So, how about now? Is it worthwhile to buy a lightly used iMac? These computers aren’t cheap, costing around $1,299 new.

Even a pre-owned model might cost hundreds of dollars.

Let’s see if getting a used iMac is a good idea, and if so, what is the greatest second-hand iMac to get.

What is the best iMac to buy secondhand? [Explained!]

If you’re looking for a secondhand iMac, make sure it’s not more than 5 years old, and newer is usually better. Apple considers any Apple model that is five years old or older to be “vintage” and hence ineligible for service repairs.

After that, all you have to do is choose a model that provides the features you want while staying within your budget.

When it comes to lightly used iMacs, which model year is the best?

Is it worthwhile to purchase older models? Continue reading to find out which used iMac is the best of the best.

Is it possible to get a decent deal on an older iMac?

It’s not that previous iMac models are awful; they just lack the elegance that Apple has imparted to newer models.

Thunderbolt 3 was launched in the 2016 model year, allowing for connection speeds of up to 40 gigabits per second (Gbps).

That is extremely fast in terms of connection speeds. Prior to 2012, any iMac did not have USB-3.

Because the 27-inch iMacs have user-accessible RAM, you could easily pull apart the older iMacs and install RAM.

Overall, older iMacs are simpler to reassemble and customize. The latest ones, on the other hand, feature speedier connectivity.

Is it worthwhile to purchase a used iMac? 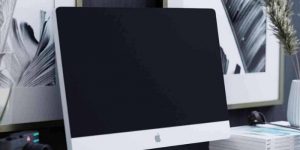 For a lower price than a brand-new iMac, you may buy a nice refurbished one that is only a few years old.

Even a 2017 iMac should be able to suit the majority of customer needs.

Gaming is one thing I won’t suggest an iMac for.

To be honest, the iMac, new or used, isn’t built for it.

A DirectX game will not run smoothly on an iMac, which is designed more for software optimization than pure hardware prowess.

What is the finest iMac to buy secondhand?

They should be a little less expensive than a brand-new iMac, but they include a lot of the same features.

The 2017 iMac sports a fantastic 27-inch 5K display, which is still one of the most color-accurate displays on the market.

Just keep in mind that this computer’s architecture hasn’t altered much since 2014, and a number of competing Windows-based PCs have crept up on it since then.

What makes the 27-inch 5K monitors so appealing?

The color reproduction on the 27-inch 5K monitors is the best you’ll find.

The Retina 5K is easier to configure than many Windows PCs, and older models can have their RAM increased.

The color display on the smaller 21.5-inch panels is less vibrant.

An iMac from 2015 is still a capable machine.

The Retina display with IPS technology, a 3.3GHz Intel Core i5 quad-core processor with Turbo Boost up to 3 GHz.7GHz, and a 1 TB hard drive are still available.

These specs aren’t drastically different from what you’ll find on an iMac in 2021.

It’s on the verge of being “vintage” by Apple’s standards, but it doesn’t appear to be out of date.

The 27-inch Retina 5K display has a 3:2 aspect ratio.8GHz quad-core Intel Core i5 processor with Turbo Boost up to 4.2GHz, and 1 TB of storage are still available.

The FaceTime HD camera may be used to video chat with friends and family, and the computer supports Bluetooth wireless technology as well as 802.11ac Wi-Fi wireless networking.

The latest iMacs are nothing like the bright, curvaceous computer that I assisted a friend in setting up in 1998. They connect in a slick and quick manner.

They’re simply not designed for gaming, which will prevent gamers from purchasing them.

Overall, an excellent used iMac may be found for a fair price.

The 27-inch Retina 5K display is an absolute must-have.

How to Delete Hidden Apps on an iPhone: Find and Fix in Seconds

Why does my Bluetooth keep disconnecting from my speaker?