Home » Tech » What Is The PS5 GPU Equivalent?
Tech

What Is The PS5 GPU Equivalent?

The PlayStation 5 was introduced in November of 2020 with a slew of improvements.

Sony needed to find a means to stay up with the rising graphics-heavy nature of games.

And it required beefing up the GPU on the PS5.

GPUs may be graded based on a variety of factors, including frame rate and onboard processing, which is required for raytracing.

However, because consoles do not use graphics cards like PCs, it is difficult to make a direct comparison in the PC/Mac world.

Don’t get it twisted, though: the PS5 is a strong platform.

Isn’t it nice? The PS5 is capable of running select games at 120 fps (frames per second) instead of the typical 60 fps due to its powerful nature.

The normal computer with a conventional GPU would be incapable of doing such feats, which is one of the console’s benefits.

So, which PC graphics card most closely resembles the PS5’s GPU? How do they compare? Is it possible to develop a computer that is as good as the PS5 at gaming? Or does the PS5 have the upper hand?

What Is The GPU Capacity Of The PS5?

The NVIDIA GeForce RTX 2070 is the graphics card that most closely resembles the Oberon GPU found in the PS5. With 2304 GPU cores, 448 GB/s memory bandwidth, and 45T RTX-OPS, the RTX 2070 is a powerful graphics card. The RTX 2070 can handle most games, but owing to a recent scarcity of computer parts, it has grown more costly.

What’s the point of comparing GPUs on PCs and PS5s?

What GPU is the closest match for the PS5s?

Is the PS5 a better graphics card than some of the RTX GPUs on the market?

Continue reading to find out which graphics card the PS5 GPU is most similar to.

Is the PS5 GPU superior to the RTX? The RTX 2070, on the other hand, comes quite close to matching it.

It is a rather ordinary graphics card with some acceptable raw statistics as of early 2022:

Despite their similar performance capabilities, the RTX 2070 has the advantage of being a swappable and upgradeable graphics card.

Consoles are supposed to be locked-down environments that you can’t change.

In the future, you may be able to purchase a far more powerful RTX that exceeds the PS5’s Oberon GPU.

For the time being, though, this is as near as it gets.

Several factors go into determining how powerful a GPU is.

It’s important to remember that each GPU has its clock speed, bus speed, and memory.

The teraflops of a GPU are used to determine how powerful it is.

A teraflop is the most fundamental measurement for evaluating power in computing since it counts how many operations a computer can accomplish in one second.

You’d be lucky to obtain a few flops in the early days of computers.

In today’s world, however, a computer can do hundreds upon thousands of operations in a fraction of a second.

This provides a good indication of a computer’s raw processing capability.

However, there are several limitations to the whole system.

Even if a computer has a powerful CPU and GPU, its onboard memory may be restricted, causing some applications to operate slowly.

The PS5’s GPU has a power range of 9.2 to 10.28 teraflops, according to calculations (with 9.2 being the rating for real-world performance and theoretical performance being rated at 10.28).

This is rather impressive for a console. And the RTX 2070’s 9 teraflops aren’t to be sniffed at. 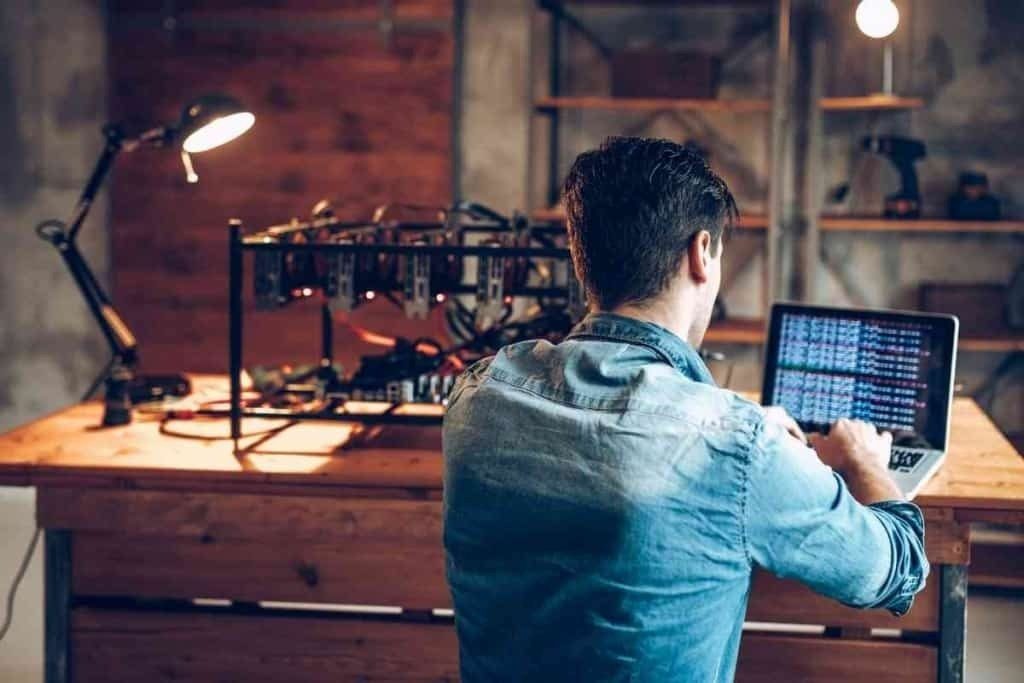 The RTX 3070 is recognized for its incredible performance and outstanding ray-tracing capabilities.

This graphics card brings 4K gaming into the mainstream, which is now the “sweet spot” for video game visuals.

This is built on the same Nvidia Ampere architecture as the RTX 3080 and RTX 3090.

Its GPU has a performance of roughly 12 teraflops.

However, you could find it beneficial for the increased power. Yes, it is more powerful than the PlayStation 5.

When it comes to GPU performance, the RTX 3080 is unrivaled.

In terms of teraflops, the 3080’s many models offer a variety of power outputs:

That, of course, makes it far more powerful than the PS5.

It is, however, more costly than purchasing a PS5.

Looking for something more in the middle? For those who are still using the GTX 1060, the RTX 3060 is a fantastic improvement.

The pricing is less than that of the PS5, which is a good thing given that it offers roughly 12 teraflops.

This puts the PS5 up against some serious competition.

Why bother comparing GPUs in the first place?

You may be debating whether to purchase a gaming console or improve your computer to make it more gamer-friendly.

To be honest, the PS5 isn’t nearly as powerful as graphics-card-enhanced PCs or, for that matter, the Xbox Series One X.

However, it can play all of your favorite AAA games and will most likely continue to do so for a long time.

There are challenges with PC gaming, and designing a PC to look like a PS5 isn’t easy – or inexpensive.

While this graphics card isn’t quite mid-tier, it is capable of running a wide range of PC games.

Even said, most gamers should be satisfied with the PS5 for a more traditional gaming experience.

Can You Get Cash Back With Apple Pay?

What Is The Xbox Series X GPU Equivalent?