Home » Tech » What To Do If You Lost Your Apple Pencil Cap?
Tech

What To Do If You Lost Your Apple Pencil Cap?

It’s been almost seven years since it came out.

It’s likely to have a lot of wear and tear if you bought it brand new.

What Should You Do If You’ve Misplaced Your Apple

If you’ve misplaced your Apple Pencil cap, you’ll need to replace it as soon as possible and keep the Pencil out of harm’s way until you do. The cap or the charging hole on the Pencil takes the brunt of wear and strain.

The Pencil cap is made to fit tightly on the end of your iPad’s Pencil to protect the charger connection, which is somewhat fragile.

Your Pencil is at risk of bending and shattering the adapter if you don’t have it.

This will prevent the Pencil from charging and, as a result, will render it useless.

Because the Apple Pencil first generation is a little older, finding a cap replacement isn’t as simple as it once was.

They are frequently only available in limited quantities at well-known businesses.

It’s more likely that Apple Stores will have some on hand.

The quickest method to locate one is to go online.

As with most aged equipment, the easiest place to get help is via internet vendors who still sell older models.

A fast search on Google, Bing, or DuckDuckGo will turn up some popular choices.

Some caps are even altered to be more colorful than Apple’s normal white.

You might find yourself purchasing a couple of caps simply to switch up your look. 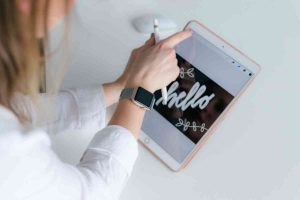 Is It Possible To Use An Apple Pencil Without A Cap?

The good news is that your Pencil’s cap is merely there to keep the charging port safe.

The Pencil will still be able to link and charge without it. The charging connector on these first-generation gadgets, on the other hand, is fragile enough that you’ll want to keep it protected.

That implies putting it in your pocket or purse is probably not a good idea.

The port can be snapped off with only a little pressure applied in the appropriate way.

Your Pencil will no longer be able to charge without it.

It is fixable, but not without difficulty. The best course of action is to get a new cap as soon as possible.

If you need to wait for a replacement cap, I recommend keeping the pencil in a safe, open location.

On a desk or in a specially built holder, preferably.

Traveling with it can put you in a scenario where you have to worry about bending the port.

Use a case with a specific open space if you must.

When pulling the Pencil from the case, make sure it’s not too tight, because the port may bend.

If you really don’t want to get a new one, I wouldn’t pack it anywhere too tightly or where something might push on it.

Is It Possible To Replace An Apple Pencil’s Top?

They’re available from third-party merchants and even Apple itself.

The caps are also reasonably priced.

You can get caps with rubber loops to connect to the Pencil for as low as $5, so you won’t lose them again.

Because the Pencil’s first generation is the only one with a cap, any Pencil cap replacement product will suffice.

They’ll be produced to the exact dimensions and shapes as the originals.

It’s never a bad idea to have a few extra caps on hand just in case.

You might as well keep your first-generation Pencil for a few more years if you’ve held on to it this long.

There isn’t just one factor in choosing a cap replacement, as there isn’t with most other Apple accessories.

Fortunately, it’s typically not too difficult.

Different cap replacements strive to replicate the original product or add a new function, such as a magnetic connection or a charging adaptor.

The most straightforward solution is to replace the cap with an Apple-branded replacement. It will be the same color as the original design and will fit in seamlessly.

There are, however, a variety of different options that may be more suitable for you.

You can acquire caps in a variety of colors or with distinctive designs.

Caps made of various metals are also available.

A cap with a rounded classic rubber ball surface is available for individuals who require a standard touch stylus.

Some cap replacements even come with built-in female-to-female charging adapters.

Any style will suffice. The ability to shield the charging port is the most critical feature.

You’re on your own for the remainder.

No matter which one you choose, be sure it has a way for the cap to stay attached to the pen even when it is removed from the end.

Do Apple Pencil Caps Have Any Benefits?

The conventional Pencil cap serves primarily as a decorative and protective device.

It has no other function.

Some third-party replacement caps, on the other hand, can be used as chargers, charging adapters, classic styluses, or as a holding technique.

Replacement caps are sometimes significantly more functional than the basic Apple cap that comes with the device.

Is it Possible to Write With a Pencil Cap?

The Pencil cap is not designed to function as a Pencil tip.

It’s also not a surface that your iPad will recognize as easily as the tip of your Pencil or the touch of your finger.

Some aftermarket caps have a wide nib for this purpose, although it’s possible that’s the only method to communicate with your iPad using the cap end.

You may also tie a small piece of cloth around the end of the Pencil cap for the iPad to recognize it as a cheaper version.

It’s not perfect, but it’ll get the job done in a pinch. After use, the fabric may loosen.

It may necessitate frequent changes.

It’s a nice approach to see if purchasing a replacement type with a classic stylus nib is worthwhile.

What Should I Do If My Pencil’s Charging Connector Breaks?

That is the most serious injury a Pencil may sustain.

If not, you’ll have to shell out the extra cash for a replacement.

The Pencil’s ability to keep charged and updated is dependent on the charging port.

It’s tough to damage with the cap on, but without it, it’s easy to get caught or wedged between items.

It is possible to repair this port, but the necessary expertise and equipment are not readily available.

Unless you are a professional, I would consider purchasing a new one.

How Do I Stop Someone From Connecting To My Bluetooth Speaker?