Where Is R3 On A PS4 Controller?

The PS4 controller is not just one of the most comfortable controllers I’ve used, but it’s also well-designed for gamers.

All of the buttons are well labeled, and you can easily navigate through the game controls.

Unless you’re looking for the R3 button, that is.

I’ll assist you in locating that button as well as provide you with additional R3-related information.

On a PS4, the R3 button is really the right analog stick. Like a button, push it inward. A quiet click should be heard. This indicates that you pressed the R3 button correctly.

While locating the R3 button on your PS4 controller should be straightforward, you may be interested in learning more about it.

I’ll show you where this button is and provide you with important information about it.

Other Information and Where to Find the R3 Button

On a PS4 controller, what is the R3 button? If you’ve been playing games for a while, you’re undoubtedly aware of where this button is located.

This button is often utilized in modern games since it enables more instructions, however it has been around since PlayStation 1.

I’ll assist you in finding this button.

I’ll also provide you with other material so you can learn more about R3 in general.

There are a lot of buttons on a PS4 controller. There are square, round, and shoulder buttons on the top, as well as a variety of additional buttons.

Nearly every button is appropriately labeled, although R3 and L3 do not have labels.

Right behind the right analog stick is the R3 button.

The analog sticks are the two sticks near the controller’s button for people who don’t know.

The left stick is commonly used to control movement, while the right one is used to manipulate perspective.

Inwardly push the analog stick. It doesn’t require a lot of power, so go easy on it.

When you depress the stick, you should hear a faint click.

This indicates that you pressed the R3 button successfully. 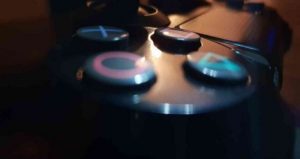 While this article focuses on the PS4 controller, you may be asking if R3 is as easy to locate on other controllers.

This button is widely used in Xbox and Nintendo Switch games, as well as PS1, PS2, PS3, and PS5 games.

With these controllers, finding R3 is the same.

To utilize the R3 button, press down on the right analog stick.

The majority of them adhere to standard gaming controller protocols, however, some include R3 as a separate button.

The L3 button is also used for sprinting and other instructions in several games.

If this is what you’re thinking, you’re right.

By pressing down on the left analog stick, you may reach the L3 button.

This applies to most other gaming controllers, just as it does with the R3.

R3 Functions That Are Common

Each game creator determines which commands should be assigned to each button.

As a result, each game may have its own set of instructions.

In PS4 games, what is R3? In today’s games, R3 is most typically utilized for melee attacks.

When you examine what the right analog stick performs, this makes sense.

This stick is frequently used to manipulate the camera.

With the right stick, you can quickly pinpoint your target and strike them at the same time if they are within range.

It’s worth noting that certain games deviate from this. R3 will be used for a variety of instructions by some, while it will be ignored by others.

Knowing where R3 is doesn’t always suffice. For whatever reason, you may find it difficult to press this button.

I’ll go over the most typical procedures for troubleshooting.

There might be some accumulation beneath the analog stick. The PS4 controller has some space around the stick’s edge.

This is beneficial since it allows for more freedom of movement, but it may also be harmful because buildup can accumulate beneath the stick.

If the button becomes too clogged, it may stop operating.

It’s not difficult to get rid of the buildup. Rotate the right analog stick 30 times to begin.

You can go in either a clockwise or counterclockwise direction or alternate between the two. 30 times press the R3 button.

After that, you should raise the stick roughly 30 times. Lift the stick and it will produce a faint click, similar to pushing R3.

This should suffice to get rid of the build-up. Push R3 once more to make sure it’s operating properly.

The PS4 Controller should be restarted and reset.

You could find that R3 or other buttons aren’t working at times.

It can be a good idea to restart or reset the PS4 controller.

These are two separate things, but I’ll walk you through them both.

Wait two minutes before pressing the PS button to turn it back on.

If it doesn’t work, the controller should be reset. Turn it over and look for the hole in the upper right corner.

Push the button inside with a paperclip or similar item.

Turn the controller back on after holding for five seconds.

This returns the settings to their default state. You’ll have to reconnect it to your PS4. Check to see whether the button now works.

Another typical problem is a dead battery.

Analog Sticks should be replaced.

While this is a viable approach, it is preferable to simply get a new controller. Remove all of the screws from the rear of the controller first.

Disconnect the ribbon wire from the battery by opening it up.

After removing the battery, detach the protective covering from the motherboard.

Remove the motherboard after disconnecting any wires.

The analog sticks may now be accessed.

Remove the old sticks and replace them with the new ones. The motherboard and batteries should then be replaced.

Reassemble the controller and test the R3 button. This should solve the issue.

How Do I Share My AirPods With My Phone

How Long Does the Bose SoundLink Mini Battery Last?